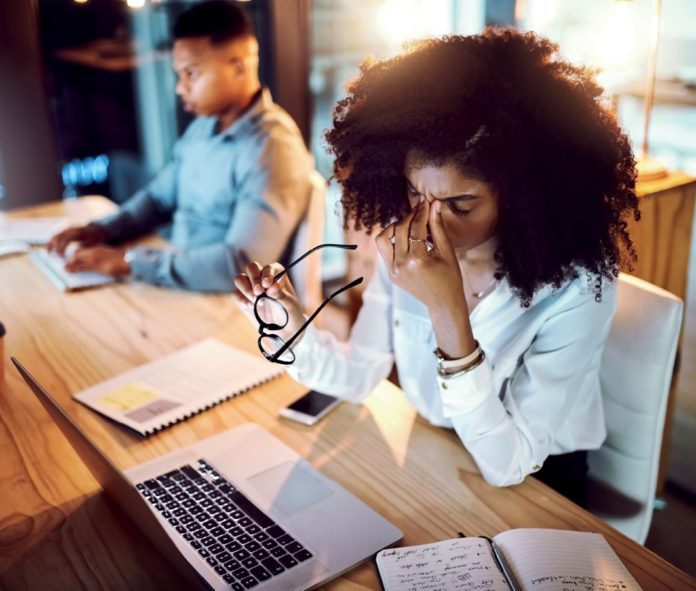 Any management consultant worth their salt would probably tell you that, in the 21st century, innovation must be a core competency of your business. After all, as we are constantly reminded, change is the only constant. To keep up, you need to innovate. But often when we think of innovation, we think of technology.

Robo-advice. Straight-through processing. Automated rebalancing. Artificial intelligence. Take your pick. They are all already here. From drones doing deliveries to cars driving themselves, technological innovation is happening in all industries.

The good news? Financial planners will adapt to technological change or go out of business. How do we know? Uber. Netflix. Airbnb. Take your pick. They have shown us the way. In the US, over 70% of people under 35 want technology to be at the core of their engagement with a financial planner.

When it comes to people, however, the story is not as clear.

Financial planning is a people business, and people are the greatest resource in delivering that service – yet a refrain I hear repeatedly from financial planners is: “I can’t find good people, and when I do, I can’t keep them.”

Technology will solve this problem, to an extent. Robots are already replacing humans. But for some time to come, we anticipate every person, at some stage in their life, will want to talk to a human being about their money. This doesn’t solve the good people challenge. Innovation may be everywhere – except perhaps when it comes to people.

Stuck in the Industrial Revolution

One of the biggest problems large cities face is traffic congestion, particularly where there is inadequate public transport. The obvious solution to this is to encourage businesses to allow their employees to operate with more flexible hours. This dilutes peak traffic times. A couple of years ago Cape Town ran a media campaign to this effect. At the time a local radio talk show encouraged businesses to share how they enable employees to work flexible hours. Very few creative contributions emerged.

The best on offer were a few businesses that have core hours, which for example require employees to be in the office from 10h00 till 14h00. They can then make up their hours on either side of that, either by coming in early, or leaving later. Not ingenious suggestions. In fact, the solutions offered were remarkable for their lack of innovation and creativity. And Cape Town peak traffic now seems to just start earlier and end later. 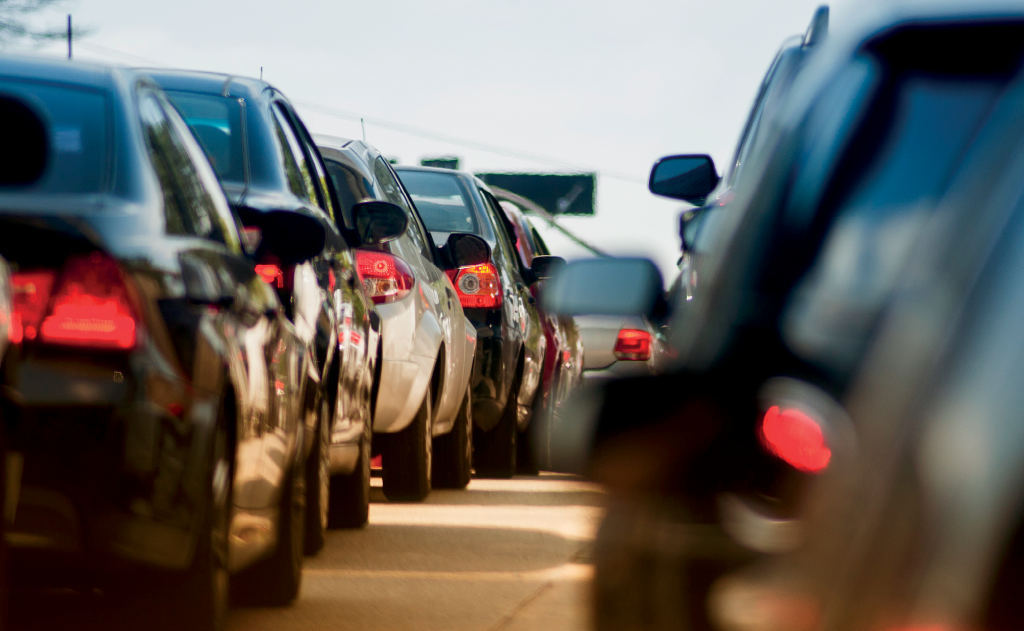 This lack of innovation suggests a lack of insight into how people work most effectively. We live in an increasingly knowledge-based global and local economy, yet in South Africa, the approach to managing people remains largely premised on that emerging from an Industrial Revolution. The only time a person was productive was on the production line.

Doing stuff with your head

In an article titled “The advantage of being a little underemployed”, Morgan Housel suggests that to realise how outdated the five-day, 40-hour work week is, you have to know where it came from. He points out that the average American worker in 1900 was working on average 10 hours a day, six days a week. Railroad unions demanded a change to five-day, 40-hour weeks to reduce accidents caused by fatigue. Their demand was resisted and the rail system virtually came to a halt as workers went on strike. In 1916, President Woodrow Wilson pushed through the Adamson Act legislating the change that the unions demanded, and then 20 years later as part of the New Deal, the same working conditions were extended to all industries.

The opportunity is ripe for the picking to innovate with respect to how you get and keep people and make them more productive.

Financial planning definitely involves doing stuff with your head. The advantage of this, and the disadvantage, is that you carry your head with you wherever you go – and research suggests that having a nap, going for a run or doing yoga is better for your head than sitting at your desk all day.

When I started my career in financial services, my first job was in asset manager research. I recall one of my early asset manager due diligence interviews when a colleague and I asked a highly rated and successful fund manager where he got his investment ideas. We expected a variation on the usual “rigorous screening process”, followed by “lots of reading and analysis” and of course “meeting company management”. His response? “Eh… mmm… let me think about that… eh…on the golf course… sometimes in the shower… ” And he wasn’t joking.

Neuroscientists like Dr David Rock say these “aha” moments come when we least expect them, and invariably not at work. Speaking at the FPI Convention in 2012, Dr Rock quoted research of 6 000 people who were asked when they do their best thinking. Only 10% of respondents said it was at work. More disconcertingly, the research asked how many hours of quality work people felt they did per week, while at work. The number was strikingly low, at fewer than five hours per week.

This highlights that jobs which involve your head don’t keep office hours. Particularly the type of office hours designed for railroad workers at the turn of the 20th century.

As Mohammed Chahdi, director of global human resources at Dell, says in Samantha McLaren’s article about four companies embracing flexible work practices: “Work is what you do and not a place you go.” In his role he says, “Our value proposition is clear and simple: To enable our team members to do their best work regardless of where and when.”

Value out rather than time in

When you are doing stuff with your head, the value that you can add to a client also has no correlation to the time spent. It is no surprise, then, that Ricardo Semler, a highly successful, innovative industrialist and entrepreneur from Brazil, wrote a book entitled The Seven Day Weekend. He encourages employers to think differently about how they manage their people, and more importantly, how to get the best out of people. He argues that technology that was supposed to make life easier such as laptops, cellphones and email, has actually encroached on people’s free time.

But as he says, this can be a good thing if you have the autonomy to get your work done on your own terms and to blend your work life and personal life. He suggests that innovative employers will eventually realise that people may be more productive if they have the flexibility to decide for themselves when to work and play, rather than the employer deciding. Rather than time in, employers ideally should focus on value out.

research suggests that having a nap, going for a run or doing yoga is better for your head than sitting at your desk all day

The importance of value was highlighted for me recently when I met with a financial planner who related how they helped a potential client resolve a dilemma about their future retirement. They helped the client assess retirement options in a more rigorous and creative way than if the client had simply tried to do it on their own. No doubt the experience and thinking that this planner had done over many years made this meeting very impactful.

When it came to discussing the financial planning fee, the planner mentioned that the upfront financial planning fee was R20k, and that the process usually involved four meetings. The potential client had experienced so much value in just one aspect of the first meeting that they were moved to ask if this was R20k per meeting – not because they didn’t want to pay the fee but because they thought given the value they had already experienced, this was a possibility.

The value in people

In a knowledge-based economy, when you are providing a professional service based on knowledge, experience, thinking and interpersonal skills, to quantify anything in terms of time – be it your employees’ working hours or the time spent with a client – is a disservice to the value that financial planners and their staff potentially can add to their clients’ lives.

So the opportunity is ripe for the picking to innovate with respect to how you get and keep people and make them more productive. LinkedIn’s 2019 Global Talent Trends Report indicates that over 30% of job-seekers will turn down a job if there are not flexible work arrangements. Computer giant Dell implemented flexible work practices in 2009. US healthcare company Humana did the same in 2016, using technology to enable call-centre workers to work from home.

More recently Microsoft in Japan experimented with a four-day week for their employees. Without an adjustment in remuneration. The result? Productivity improved by 40%. Operational costs fell, with 23% less electricity and 90% less paper used.

As you think about innovating to keep up with constant change, don’t get stuck on technology and forget about your people. They may just end up working for a business that has found a real way to make a dent in traffic congestion! 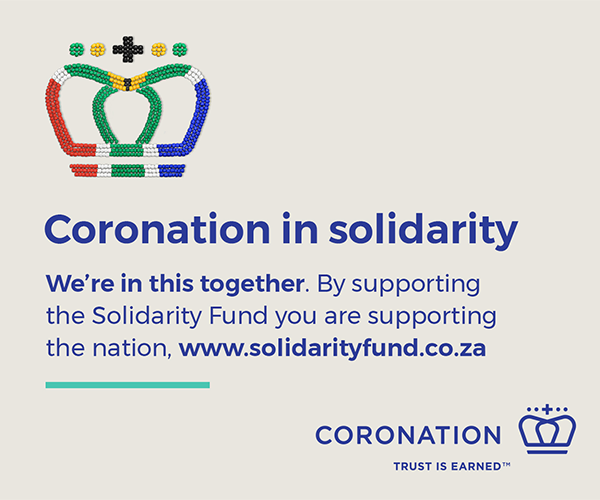